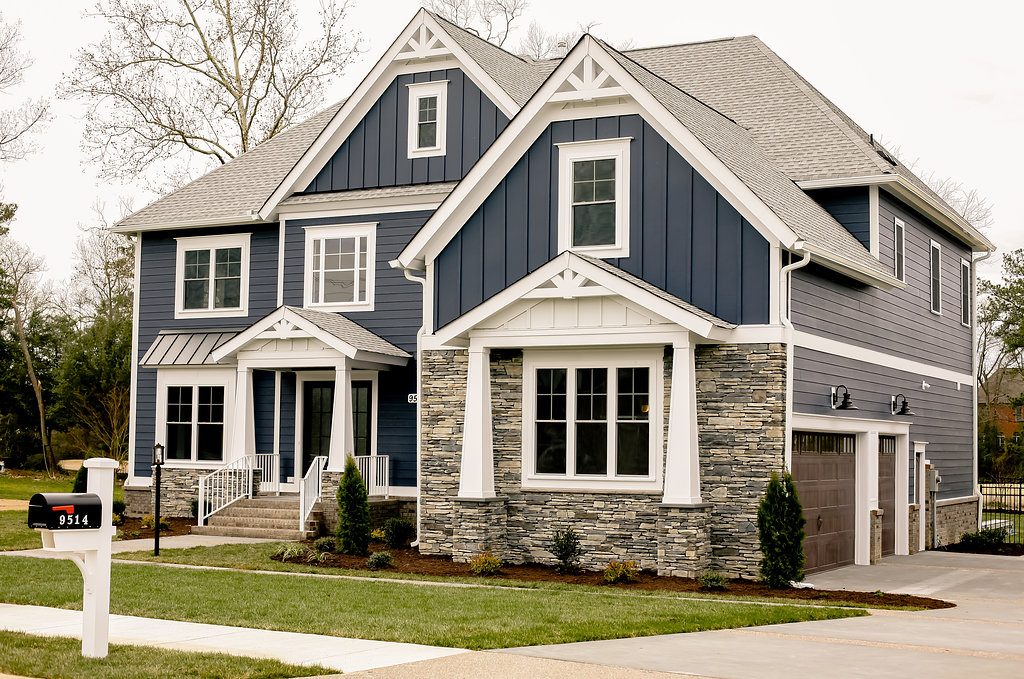 After graduating from Old Dominion University in 1976 with a degree in business administration, Chip Iuliano established a hardware store in his hometown of Portsmouth, Va.

There, he got to know local subcontractors in the home building trades – brick masons, carpenters, plumbers, electricians and more. By necessity, he became a “jack-of-all trades” to acquire the knowledge he needed to provide his customers with solutions for their home building challenges. There, he also became enamored with the idea of building homes himself.

In 1978, he built his first house to serve as his own home. It was a modest 1,700 square-foot brick ranch that he framed himself. It was soon followed by larger and more elaborate projects. He continued building part-time for a almost a decade until he finally sold the store and became a full-time home builder. In 1986, he established Area Builders of Tidewater, now ABT Custom Homes.

The early days as a full-time home builder

In the beginning, Chip was his sole employee and his truck was his only asset. He completed much of the work himself and acted as his own superintendent and laborer. It was that early hands-on experience that inspires the attention to detail still evident today in a home from ABT Custom Homes.

By the early 1990’s the company had already developed a reputation for integrity and quality. In 1992, Area Builders of Tidewater participated in its first Homearama showcase of homes, winning awards for Critic’s Choice Best House in Show, Sales & Marketing Council Favorite and People’s Choice Favorite Home.

Since then, Chip has built in more Homearamas than any other builder. He has become known for the quality, craftsmanship and creativity of his Homearama homes, constantly meeting the challenging of showcasing a new and original product for each event. He has built in more than 20 Homearamas, garnering more than 100 awards, many in the category for which he takes the most pride – Best Craftsmanship.

Chip has remained hands on in the day-to-day operations on the company, nurturing long-standing relationships with the trade partners who help build the quality into ABT custom homes.

To meet the evolving needs of today’s consumer, ABT Custom Homes has expanded its product line to include townhomes and remodeling projects.

Buyers who purchase one of our town homes and homeowners who allow us to build their new dream kitchen, bath, outdoor space or other home addition will enjoy the same level of service and quality that has become our hallmark.

ABT Custom Homes has partnered with many charitable organizations over the years, including Children’s Hospital of the Kings Daughters, Habitat for Humanity, The Girls and Boys Club of Southeastern Virginia and The St. Jude Dream Home, among others.

The company also partnered on construction of a Tidewater Builders Association Scholarship House, which raised $75,000 towards higher education for local graduates needing assistance. Chip led TBA as president in 2004 and devoted countless hours of leadership as a spokesperson for industry-wide issues and as a member of the board of directors.